Anyone using a controller to play?

I have entertained the idea of getting a controller to see if it takes my MadSkillz to the next level.

Is anyone using a controller like a PS3 controller or one of those you can purchase for the iPhone/ipad?

Does it make a difference in play and feel?

K, i am replying to my own post (lets call this a replay) because i feel like it went into outer space and no one saw it!

Is no one using a controller with this game? There has to be someone? Is it even possible?

I see the icon in the settings.

If no, please reply- NO, that at least tells me someone saw it! LOL/.

Pretty sure @OnTheFrontLine has played with them. He talked about using them in his stream.

@Jeff_Jackson @rcboxer I have played with a controller. I use the Steel Series Nimbus. It works great! I will say I can feel a very slight input delay but once you play for a few minutes your brain and fingers get used to it pretty quick. Here’s a link to it: https://steelseries.com/gaming-controllers/nimbus

It works with the Apple TV 4 (which is what I got it for), as well as iPhones and iPads.

I have played with a controller. I use the Steel Series Nimbus. It works great! I will say I can feel a very slight input delay but once you play for a few minutes your brain and fingers get used to it pretty quick.

Sweet, thanks for the link. Does it make it any easier? Would it help a certain type player, say one with fat fingers?
Are you better with a phone, ipad, or controller?

@Jeff_Jackson I wouldn’t really say it’s easier, but if you are used to playing games with controllers then you could definitely get used to it. It’s easier on the hands for long periods. I mainly play on the iPad mini though without the controller

Mobile console gaming is a reality. By combining the latest iOS device from Apple with Gamevice, you have the best mobile gaming experience to date.

I have been interested in this topic as well and decided to try the Gamevice controller for my iPhone 6s Plus. I chose it because it’s a wired controller, connecting directly to the Lightning port to minimize input lag. What I discovered was that I had to re-train myself to control the bike with my left hand. The Go button doesn’t work and the only configurable controls in game are the Gas, Brake, Rockets and Restart buttons. I can’t say that it has made me any faster but the stick control feels like it allows for a better pendulum type of adjustment while in the air.

Was on fb and was checking out the jam week 129 winners replays. Someone mentioned that the top guys are using a controller when they play? I was just curious how they do that? Are they playing on a phone still or a computer? Just wondering, Thanks!

There are controllers out there and some players use them. However, AFAIK all the top guys are playing directly on phone as it seems to be a wee bit faster.

Yeah I would think using the phone would be the better way to play but, always looking to go faster! haha I was also wondering @Birdshaw because I have heard there are hacks out there for the game that slow the playing down so you can really master the scrubs and wheelies… Hopefully the MSM2 crew can monitor it, especially for the cash play!

They are usually on top of things. When the rocket cheat was out they worked tirelessly to fix it.
I havent heard about that particular hack, but I can assure you, the top guys like Sixfootseven, Svendsgard and Simenbmx rely solely on skill and grind.

I’ve been using this game handle grip for the last few weeks:
https://images-na.ssl-images-amazon.com/images/I/61IRts203RL.SL1000.jpg

Its a lot more comfortable, and I can play for longer without finger fatigue. Can’t say it improves your lap times, but I’ve been getting faster in division 1 for a while now. 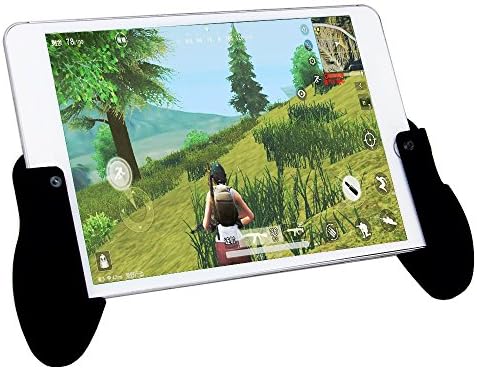 Lol the things companies come up with… I think your hands getting tired is just a mechanism in your body warning you that unlike the rider in game, you DO actually need to eat and sleep and stuff instead of wasting all your time on a game

While I think 15 buck is a little steep, I can see the appeal of the product. I’ve been playing for 3+ years, so I think it would do more harm than good for me tho. But whatever works…

I tried using an OTG cable and ps3 controller but the lag wasnt too appealing, fun but

I can’t even get it to work